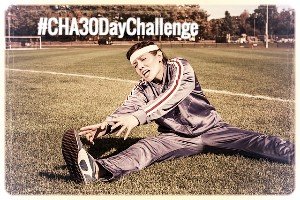 Would you agree with me, it’s really important to nurture your body? Afterall, we all know that we only get one shot at this life. So let’s make it the best it can be shall we!

Never before in the history of mankind has so much been known about the condition of the human body and the ways to maximise its performance. The thing is, it’s not all about physical strength.

Now I am no sports scientist. I’m not an expert in either the human condition, nutrition, alternative medicine or mental health. But like you, my reader, I am doing the best I can to make a decent fist of life.

Keeping myself in decent shape is really key. It’s not something I do fanatically. Instead, like with almost all things in life, it’s a question of taking everything in moderation. I think that’s the secret to my success. Sure you need to push the boundaries sometimes and get outside of your comfort zone, but your core needs to be stable.

That’s not intended to be a play on words by the way. For those of you who know me, you know that my Wife runs a successful Pilates Studio. Pilates is all about core strength, breathing and alignment.

So to my healthy body formula. It’s fairly simple and comprises three parts. Again there’s absolutely no science of my own behind this. Just practical experience.

The ‘zen’ part I covered on day 23 and day 24. On day 23 I wrote about mindfulness meditation. Yesterday I covered the importance of having a hobby to help you stay sane.

Today I wanted to share a couple of resources with you that I find really helpful when it comes to catching z’s (sleeping.)

Now I don’t recall whether on this ocassion it was actually John Lee Dumas who introduced me to Sleep Cycle, but he certainly did introduce me to the app flux, which I now use on the iMac.

As JLD states in his recent podcast on his daily ritual and on this blogpost, your ‘miracle morning’ starts with proper preparation the night before.

Cutting out the blue light emitted from your computer, smartphone or tablet device is actually critical to getting off to sleep well. That’s where flux comes in.

Then you need to ensure you go to bed at a sensible time and give your body chance to rest. That’s the time it’s going to heal itself and recover from both the stresses and strains of the day, but also fight off infection and rebuild bone and skin tissue.

I now swear by the Sleep Cycle app myself. I have been using it for over five months. Every night, without fail. It took a little while to get used to the idea I wasn’t going to wake at a particular time and to trust the app. Now, I feel totally confident it will wake me. And I know there’s a good chance I will feel pretty good when I wake up, because the app chooses the right time by monitoring my sleep pattern. Genius.

E – is for exercise

With so much obesity in society, you’re might be a bit jaded by me talking about the importance of exercise. Well, I don’t care. You see, you need physical exercise of some form in your life.

On the weekend, I try to join my Wife on her 10,000 steps per day walks. I also started a running club at lunchtime in the office. That went really well for about 12 months until we changed office location. Now, although we’re on the River Thames, we don’t have adequate shower facilities in the building, so that’s died, which is a real shame. I miss my running. Particularly after the awesomeness that was running 10km with Paralympian Richard Whitehead back in 2013.

The other two forms of exercise I do love and try to do regularly are swimming and of course, Pilates. Pilates in particular has been an immensely rewarding form of exercise to learn. Not only does it help me unwind, but I develop muscle tone, core strength and body alignment too.

N – is for nutrition

I never really understood the importance of eating properly until I met my Wife. She started reading around the subject and wanted to try a couple of different diets.

However, a couple of years ago, she decided to try what I will call an ‘extreme’ detox. Admittedly, we’d had a bit of a blow out over Christmas, but this was full-on. Fortunately, she didn’t expect me to follow the diet to the letter and she was taking supplements I was not. I did though play along for the most part.

For the first two weeks, you’re on a completely vegetarian diet. Then you introduce white fish, and the following week, chicken. But it kind of goes further than that. You see, the regime we were following meant:

Now it’s fair to say, we lost weight during those weeks. It’s also fair to say we don’t then stick to that eating regime beyond January. That said, we have made a number of the dishes eaten during that period, or variants of them, part of our ongoing diet throughout the rest of the year.

More recently though, I have been stunned by the impact of the nutritional habits Trish and her business partner Caroline picked up when they took part in Charlotte Hunter’s four-week Nourish & Flourish Club at The Pilates Foundry. As a result, I would encourage everyone to try such a course.

1) The whole plan is centred around dramatically cutting down on sugar. I have been utterly shocked by the amout of added and indeed natural sugar content in foodstuffs. Reducing sugar content to less than 5% has resulted in my energy levels being so much more stable.

2) Building on point one, the ‘no snacking between meals’ has become so much easier. This too means my energy levels stay more stable throughout the day, eradicating the peaks and troughs as you snack and then the effects wear off.

3) As a guy, perhaps the biggest plus-point to this regime has been the introduction of cooked breakfasts every morning. It’s awesome. Of course, it adds work that requires time. However, with a little forethought and preparation, we now eat eggs cooked in one form or another every morning along with proteins and fats. Gone are the fruit smoothies we used to consume. Too high in sugar and not great for your teeth either, so I learned.

So there you have it. ZEN. The art of looking after your one and only body. What’s your secret? Found something you want to share?

Are you finding this series of any use? Please leave a comment below and do join the discussion on Twitter. Remember to use the hashtag: #CHA30DayChallenge

Thanks for stopping by and see you for more tomorrow friends!

p.s. if you like what you’re reading, please type your email address in the box at the top of the page or on the right. You will receive a weekly digest of the posts – simples! 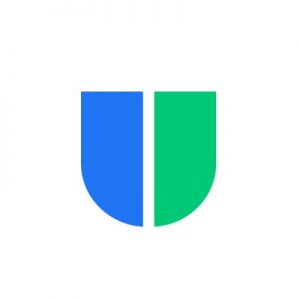 Userback is an outstanding tool, precisely what I look for in the tech I use. Intuitive, constantly adding new features, run by an awesome team.

My Favourite App for a Healthy Mac!

What I write about